A little over ambitious with my scheduling!

I forgot that not only did I have a duty to celebrate the season of St Patrick here on The Jukebox I also had to celebrate in person and recover from those celebrations!

So, a little delayed, but I trust well worth the wait, the Official Immortal Jukebox St Patrick’s Day Post!

All Hail the Women of Ireland

Today we conclude our tribute to the intelligence, wisdom and beauty the Women of Ireland have brought to the arts of Song, Poetry and Painting.

Songs by Eleanor McEvoy (At the Mid Hour of Night & A Woman’s Heart) & AIlie (The Rocky Road to Dublin).

A Poetry Reading by Paula Meehan  – ‘The Pattern’.

More years ago than I care to count seeking sanctuary from the crazed cacophony of life in London I frequented an out of the way social club whose clientele was largely comprised of Irish men and women who had emigrated to England in the late 40s/early 50s.

For an hour or two I would savour a pint or two of plain and drink in the rich accents and the rich conversation.

One of the habitues of the club, a whiskery Corkman, let’s call him Seamus, always greeted me by announcing, ‘You buy me a pint of porter and I’ll sing you one of Moore’s Melodies’.

My reply was always, ‘Done – let’s start with, ‘The Last Rose of Summer’ and if the thirst is on you and the humour on me we won’t stop until we’ve sung, ‘Oft in the Stilly Night’, ‘The Harp’ and, ‘The Minstrel Boy’ before we leave.

I usually emerged spiritually refreshed if somewhat intoxicated from the porter and the romanticism of the melodies.

Thomas Moore was something of a 19th Century superstar in English and Irish society.

His, ‘Melodies’ lyrics set to established Irish tunes and melodies were much admired by Lord Byron and became songs that entered deep into the consciousness of generations.

As such, in modern Ireland, they came to be regarded, in certain chilly circles, as period pieces from the parlour best left to the tourists to enjoy.

A view I never had any time for.

So, I was delighted to learn that Eleanor McEvoy had recorded an album entirely devoted to Thomas Moore Songs, ‘The Thomas Moore Project’.

The distinguishing mark of Eleanor’s career, for me, was a wholly admirable creative restlessness which led her never to attempt to simply repeat earlier successes but rather to challenge herself to open up new artistic territory with every new record.

It seemed to me that her background; incorporating a music degree, a spell in the RTE Symphony Orchestra and a string of imaginative singer/songwriter albums made her an ideal candidate to present refreshed versions of songs from Moore’s great canon illuminating them brightly for new generations to enjoy.

And, praise be!, the, ‘Thomas Moore Project’ turned out to be an absolute triumph due to the endless care and consideration with which the songs were approached.

Eleanor McEvoy’s take on, ‘At the Mid Hour of Night’ reanimates those, ‘past scenes of delight’ and is indeed rapture to hear.

‘At the mid hour of night when stars are weeping, I fly
To the lonely vale we lov’d when life shone warm in thine eye;
And I think that if spirits can steal from the region of air,
To revisit past scenes of delight; thou wilt come to me there,
And tell me our love is remember’d even in the sky.
*
Then I’ll sing the wild song, which once ’twas rapture to hear,
When our voices, both mingling, breathed like one on the ear,
And, as Echo far off thro’ the vale my sad orison rolls,
I think, oh my love! ’tis thy voice from the kingdom of souls
Faintly answering still the notes which once were so dear!’
*
*

She has a plenitude of poetic powers at her command.

Reading through her works it seems that no aspect of the struggle to live a human life in our times has escaped her poetic eye and ear.

There is tenderness and rage, grief and joy and empathy embedded in her poetry.

She is a Poet who believes in the enduring power of Poetry to affect the human heart.

Her Poems exemplify the truth that there is a never to be sounded mysterious energy and power in Poetry.

She has said that, ‘ …Poems tell stories but there are also poems that just give you a moment of vision or transcendence .. two lines, two lines can save a life, I believe it.’

In, ‘The Pattern’ Paula Meehan captures with truth and tenderness the gravitational power of the Mother/Daughter relationship.

Today’s painting is by Moyra Barry.

Her special gift was for flower paintings.

These works have a quality of engaged observation and radiance which forces the viewer to take a breath and really Look! 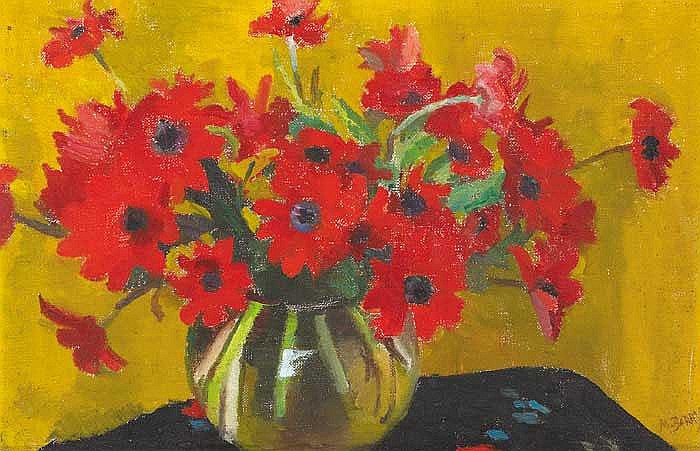 Now to a new star from Ireland. 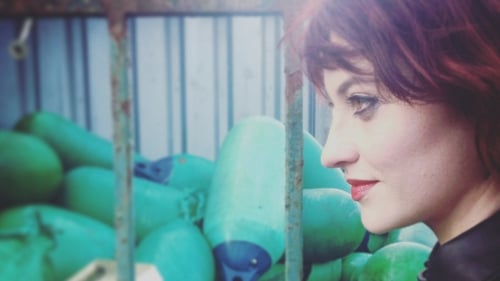 Her debut album. ‘West to the Evening Sun’ was a confident and mature work showcasing a talent that was wholly of the Now while being in no way cut off from the rich and diverse heritage of Irish music.

Highly atmospheric production added to the poetic imagination of her songs ensured the album packed a real punch.

Here she gifts us an unforgettable and invigorating version of the Rocky Road to Dublin.

Ailie plays Piano, Bass and Electric Guitar as well as all the singing here.

My, ‘Brand new pair of brogues’ did some high stepping to this one I can tell you!

I am going to conclude this tribute to Irish Women with a song by Eleanor McEvoy which has rightly become a modern standard, ‘A Woman’s Heart’.

I hope this series has made plain that there are some things only a Woman’s heart can know and that we should be grateful for that knowledge being passed on to us in Songs, Poems and Paintings.

All hail the Women of Ireland!