There is Presence in Place Names.

There is Romance in Place Names.

There is Poetry in Place Names. Now for profound reasons of History Harlem has felt compelled to Shout!

Now for profound reasons of History Harlem has felt compelled to Scream!

But in all ages and conditions Harlem has lived and breathed through Song. 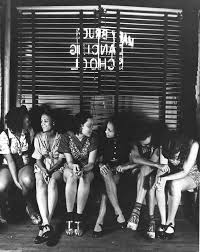 Harlem sings in the photographs of Aaron Siskind.

Harlem sings in the melodies captured by a Harlem Airshaft.

Harlem sings in the writing of James Baldwin, Countee Cullen and W.E.B. DuBois.

Harlem sings in the polemics of Hubert Harrison and Marcus Garvey. 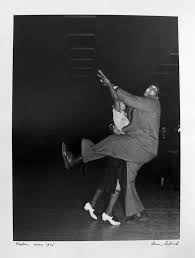 Harlem sings in the words and melodies of George and Ira Gershwin.

Harlem sings in the escapades of Harry Houdini.

Harlem sings in the crazed cavorting of Groucho, Chico and Harpo.

Harlem sings in the Knockout majesty of Joe Louis.

Harlem sings in the fleet feet of Bill ‘Bojangles’ Robinson.

Harlem sings through the inescapable Joy flowing from Fats Waller.

Harlem sings as another winner pings off the racket of Althea Gibson.

Harlem sings in the firm Gavel of Thurgood Marshall.

Harlem sings at The Alhambra Ballroom.

Harlem sings at The Lennox Lounge.

Harlem sings at Small’s Paradise and The Sugar Cane Club.

Harlem sings at The Park Palace and The Park Plaza.

You move it to the left – you go for yourself.

You move it to the right – if it takes all night.

Take it kinda slow  with a whole lot of Soul

Harlem sings through through the raise the dead glory of Bob Relf and Earl Nelson’s, ‘Harlem Shuffle’ from 1963.

Don’t move it too fast – just make it last.

How low can you go?

Yup, even Lazarus himself, when he was laying down, would have got up off the bed and on to the floor once that brass fanfare kicked in!

Barry White (yes .. that Barry White) played Piano and did the arrangement (with Gene Page?) while Fred Smith produced.

Bob and Earl sing their hearts out through every line.

Now come on – don’t fall down on me now.

Just move it right here to The Harlem Shuffle.

And that’s what Bob and Earl do.

They ride, ride, ride, slide and swoop so that we ain’t got no choice but to shake a tail feather for all we’re worth.

The combination of the urgent vocals and the insistent rhythms intoxicatingly surrounds you ’til you feel you can’t stand it no more.

That last for about a nanosecond before you want to be out on the floor again – head spinningly lost for another lifetime encapsulated in 162 seconds.

Far across the Atlantic Ocean in England in an unremarkable place named Dartford two young men found that they shared a passion for The Blues, Rhythm & Blues and Rock ‘n’ Roll.

Mick Jagger and Keith Richard were and are true aficionados of Black Music.

Maybe they heard Harlem Shuffle on the radio or through hipper than hip Guy Stevens DJ-ing at London’s New Scene Club.

It was Stevens running the UK arm of Sue Records who first issued the record in Britain in 1965.

Keith, in particular, was taken by the horn heavy blast of Harlem Shuffle and he knew that Mick could really shake a tail feather to this one on stage.

He also knew that he had in Charlie Watts the coolest drummer in the whole wide world at his back so the song would hit the groove and stay hit throughout allowing him to dig deep.

Being the wily old bird he is Keith kept putting Harlem Shuffle on tapes of songs he gave to Mick until one fine day Mick just sang along as Keith and Ronnie Wood ran the song down in a rehearsal studio.

And, when they hit the stage – all brass and backing singers blazing there can be no resistance.

Yeah you do real cool.

Hailing from Los Angeles (born 1937) he was in The Upfronts with Barry White.

Harlem Shuffle owes a lot to a West Coast tune, ‘Slausson Shuffletime’ by Round Robin.

He had an earlier brush with fame when he sang lead on The Hollywood Flames’ hit, ‘Buzz, Buzz, Buzz’.

Charlie Watts, gentleman, scholar and drummer at large was 73 this year. Here’s a short tribute.

Famously, at the live show captured on Get Your Ya Yas Out Mick Jagger informs the patrons that,’Charlie’s good tonight ain’t he!’. Well yes Mick he certainly was and then some.

Charlie Watts has been the heartbeat of the Rolling Stones for half a century and more providing calm craft in the midst of all the hoopla and madness.

While he has surely seen about everything a man can see he has remained steadfastly and stoically himself.

A wry, unimpressable observer who loves to listen to his beloved jazz and play the drums with the scratchy rhythm and blues band who somewhat to his amazement transformed themselves into the greatest rock and roll band the planet has ever produced.

Charlie’s role in the band is crucial to the DNA of the band’s unique sound. Keith is released to sway and swagger to his heart’s content because Charlie is always there behind him urging him on and on while being ready to catch him if like an over ambitious trapeze flyer it looks like he might fall.

One of the many glories of the Stones is the majestic way in which they build and hold tension in their rockers – say Tumbling Dice or Brown Sugar. You’ll notice how groups covering the Stones almost always rush and ruin the songs because they can’t match the rhythmic control marshalled by Charlie.

While he is the engineer driving the awesome power of the Stones streamliner in full flight he is also the brakeman making sure they make it round the sharp turns safely and arrive on time at their destination.

The listening audience are taken up, held and thrilled as the band, anchored by Charlie, progress through their set taking care to pace themselves – allowing ballad breaks before the celebrated avalanche ending sends everybody home exhausted and elated.

Charlie Watts is the zen master of rock drumming. His inherent restraint, informed by the jazz heritage he so treasures, allows him to play what needs to be played and nothing more.

He is at the service of the music, the sound and the dynamic shape of the individual song. No band has been better served by its drummer than the Rolling Stones.

So, as the Rolling Stones embark on one more last hurrah Charlie will endure the travelling, the media and the endless waiting for the wonderful pleasures of those few hours on stage when he can just play the music along with his faithful companions of so many years.

So, if you’re in the audience make sure that you really put your hands together for the drummer!