Sometimes when it rains it really pours.

Slashing through the sky all day long.

Falling, falling, on the school yards and the grave yards.

Falling, falling on the lost and the lonely.

Falling on the outcasts and the refugees.

Falling relentlessly on Hank Williams as he walks purposefully down the lost highway.

Longer than the memory of man the rain has been falling down.

On Pharaoh and Caesar.

On the Saints and the Sinners.

A mysterious and alluring fable lasting barely 150 seconds which you will never sound the depths of even if you have 150 years for the task.

John Fogerty as the dark eyed seer alerting the tribe round the campfire to the signs and rhythms all around them if they would but attend to them.

His vocal and guitar is lit with ancient lore brought fatalistically to the present.

Lashed to the mast of John Fogerty’s obsessive imagination brother Tom, Stu Cook and Doug Clifford sail on into the unknown immensity ahead.

Bruce Springsteen from his youth recognised the primal power of John Fogerty’s songs with Creedence.

He also was struck by their mythic charge and insights into American history and contemporary society.

And they always had a dynamite riff!

The Boss also had that shiver looking out on, standing under, the still falling rain.

He knew there was a darkness that no one can evade.

Learning his trade and reflecting on his own and his nation’s experiences he understood that songs, if written and performed with craft and commitment, could provide shelter from the storm.

Good men through the ages though they know the rain will always fall still look to find the returning sun.

Bards and medicine men meet in colloquy reminding themselves of the insights of their vocations.

Aeons of songwriting and performing lore are distilled in this miraculous recording by John Fogerty and Bob Seger.

Impossible to say which voice is more aged in the wood.

Together they stand, shoulder to shoulder, as the hard rain tumbles from the sky.

Their is balm in the fellow feeling they show each other and us all as they sing.

Long as I remember …

The rain will never stop as long as the world turns.

All we can do is offer each other shelter and believe, no matter how sodden we become, in the reviving warmth of the sure to return sun.

Every one of us, poor as we may be, can bring a gift.

The gift of ourselves and the gifts we been given.

So to honor Him, pa rum pum pum pum,
When we come.

Shall I play for you, pa rum pum pum pum,
On my drum?

Then He smiled at me, pa rum pum pum pum
Me and my drum

Bob Seger is a tough hombre who understands that tough hombres sometimes need to admit that they are not so tough (even if they are from Detroit!).

You can rely on road warrior Bob to always play his best.

When it comes to Organ and Guitar workouts you just can’t beat these two!

Even if it is up to your knees out there Jimmy and Wes will keep you mighty warm.

For our Poem today I turn to Jukebox Favourite Sigerson Clifford (1913 – 1985) whose ‘The Boys of Barr na Sráide’ previously featured here in the Posts for St Patrick series.

His ‘Kerry Carol’ has the stillness of the sleeping world and the hushed anticipation that precedes a great event.

And, sometimes, great events take place in the most humble of circumstances and are witnessed and understood best by the humble of heart.

Brush the floor and clean the hearth,
And set the fire to keep,
For they might visit us tonight
When all the world’s asleep.

Don’t blow the tall white candle out
But leave it burning bright,
So that they’ll know they’re welcome here
This holy Christmas night.

Leave out the bread and meat for them,
And sweet milk for the Child,
And they will bless the fire, that baked
And, too, the hands that toiled.

For Joseph will be travel-tired,
And Mary pale and wan,
And they can sleep a little while
Before they journey on.

They will be weary of the roads,
And rest will comfort them,
For it must be many a lonely mile
From here to Bethlehem.

O long the road they have to go,
The bad mile with the good,
Till the journey ends on Calvary
Beneath a cross of wood.

Leave the door upon the latch,
And set the fire to keep,
And pray they’ll rest with us tonight
When all the world’s asleep. 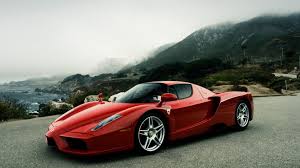