Sometimes it just takes a while.

Over 40 years a Song can, starting out as an unremarked track on a little regarded album from a little known Band, become a veritable anthem recorded hundreds of times and exalted in concert by the great and the good from The Boss to Bill Murray to Mavis Staples.

My own relationship with today’s featured Song began many decades ago in my teenage gig going years.

Loyal readers of The Jukebox will know that I have made a series of House moves in the last few years before settling happily here in our South Downs hideaway.

Leafing through this historically important artefact I see that in that period I saw Nick Lowe with his then Band, Brinsley Schwarz, on stage at The Marquee, The Roundhouse, The Lyceum, The Hope & Anchor, The Torrington and The Edmonton Sundown among many other venues.

I was, of course, also buying their Albums as soon as they came out and looking at the sleeve of, ‘The New Favourites of … Brinsley Schwarz’ from 1974 I see 2 large red asterisks next to track 1, ‘ (What’s So Funny ‘Bout) Peace, Love & Understanding’.

I should tell you that the double asterisk was a very rare accolade indeed!

From the very first time I heard it I knew that this was a breakthrough Song for Nick Lowe –  a Song that would get up and walk away by itself into History.

A Song I have sung along with scores of times during Nick Lowe concerts and many hundreds of times at home through all the stages of my life.

Sometimes when the world did indeed seem a wicked place and this Song quickened my search for the light to counter the darkness all around.

Nick Lowe has said that this Song represented his first truly original idea as a songwriter and that having had that idea he realised that his task was then not to mess up the song by trying to be too clever – let the song flow naturally.

Bob Andrews on hats off to Garth Hudson keyboards with Billy Rankin on martial drums,

Together with Nick on Bass they hit a dead bullseye.

I remember walking back to the tube station in the rain after the first time I heard this song all the while serenading bemused passers by with:

‘ … Is all hope lost?
Is there only pain and hatred, and misery?
And each time I feel like this inside,
There’s one thing I want to know:

That’ll do as a definition of an Anthem for me! 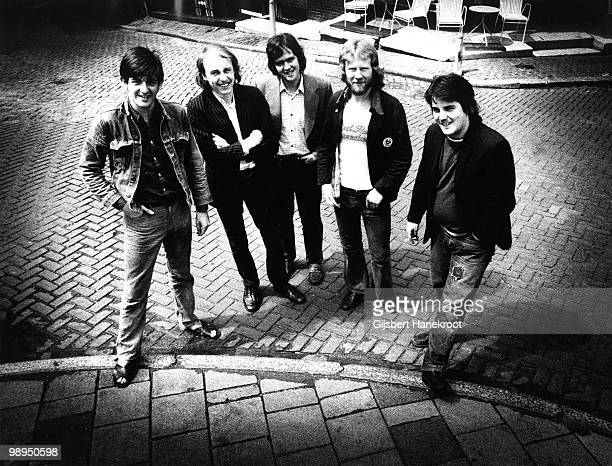 Once a true Song arrives it begins to find its audience.

In Liverpool in the early 70s when Brinsley Schwarz played their gigs an intense young man with a burning desire to get his songs heard was always at hand  – Elvis Costello (then Declan McManus).

In Nick Lowe he found an established songwriter who was willing to take the time to listen and provide encouragement to an unknown novice.

So, in 1978 as Elvis’ career began to gain momentum, he turned to an old favourite written by his Producer, Nick Lowe.

The result was a call to arms, flamethrower version, that launched Nick’s great song into the American market and the consciousness of American songwriters and singers.

Elvis, characteristically, located the anger within the song accompanying the philosophical musing of the Brinsley’s original.

No one can ignore this take on the Song!

In a sense sending a song out to the world is like throwing a message in a bottle into the ocean – the tides and currents take over and you never know where it will end up.

Remarkably, in 1992, Nick’s Song ended up as part of the soundtrack of the film, ‘The Bodyguard’ featuring Whitney Houston and Kevin Costner.

Everyone will remember Whitney’s Diva take on Dolly Parton’s, ‘I Will Always love You’ many fewer will have noted the presence of, ‘What’s So Funny ..’ sung by Curtis Stigers.

For Nick the bonanza was that the soundtrack LP sold an astonishing 44 Million copies transforming his bank balance at a stroke!

He must have reflected as the royalty cheques steamed in that his decision a decade earlier (prompted by manager Jake Rivera) to buy sole rights to his publishing was a very wise move indeed.

Among the song writing community picking up on the mysterious power of the song was Lucinda Williams.

For walk on, walk on, though you’re bruised and battered, just makes me want to cry, heart on the sleeve directness you just can’t beat Lucinda!

Now, if you want to be uplifted, to take heart as you ponder the trials and struggles ahead there can be no better source of inspiration than Mavis Staples.

Mavis’ voice with its inherent power makes you want to fight the good fight whatever the odds and however bleak the outlook.

Hope will never slip away while Mavis is around!

Did someone say Anthem?

It is a truth universally acknowledged in the music world that if there’s an anthem to be sung, a rallying cry to be roared out, that Bruce Springsteen is going to be on hand to do just that.

It’s particularly pleasing to me to see him trading vocal lines and guitar licks with the great John Fogarty here.

Hard to be down hearted when this version gets cranked up!

Nick Lowe never concludes a concert without playing, ‘What’s So Funny …’ so its been a difficult task to choose the clip to showcase how he plays his masterpiece in his maturity.

But, I kept coming back to the Lion in Winter version where he is accompanied by fellow Brits Paul Carrack and Andy Fairweather Low.

There is wisdom and grace here aplenty.

Few thing in life are certain.

Yet, one thing I can tell you – the next time Nick Lowe comes to town I’m gonna be in the front row and ready to sing with all the spirit I can muster:

As I walk through
This wicked world
Searchin’ for light in the darkness of insanity.
I ask myself

Is all hope lost?
Is there only pain and hatred, and misery?
And each time I feel like this inside,
There’s one thing I want to know:

My spirit gets so downhearted sometimes
So where are the strong
And who are the trusted?
And where is the harmony?

So where are the strong?
And who are the trusted?
And where is the harmony?
Sweet harmony.

And then I’m gonna shake Nick’s hand and say Thank You.