‘[Angel Baby] … This is by a 15 year old girl from National City California named Rosie. This is going to be a hit Guys and Gals’ – DJ Alan Freed on K-Day Radio, November 1960.

‘This here is one of my all time favourite songs. Send my love to Rosie – wherever she may be’ (John Lennon) 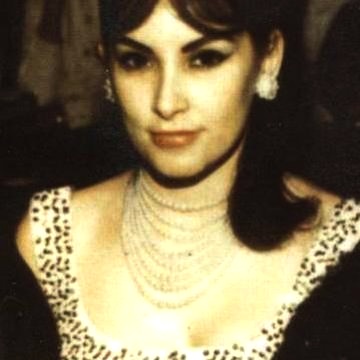 I was saddened today to learn of the death of Rosie Hamlin at the age of 71.

In tribute I am reblogging my post on her classic song, ‘Angel Baby’.

Sometimes when the stars and tides are in perfect alignment and the Muses are indulgent a moment of inspiration can visit an artist who may never be granted such a blessing again.

So it was with Rosie.

Yet, we cannot live on Bach, Bob Dylan and The Beatles alone!

Rosie’s moment of glory will live forever because it captures an eternal yearning in all of us.

A yearning that stays within you no matter your age.

No one wants to be blue and alone.

Some part of us always believes in Angels.

Especially if they sing like Rosie Hamlin …. ooooh … oooh …oooh …

Angel Baby will always have pride of place on my Jukebox.

May she rest in peace.

1960 was a momentous year. In Greensboro, North Carolina four black students are refused service at a segregated lunch counter in Woolworth’s. They begin a sit in protest that is repeated throughout Southern States that summer as Civil Rights protests become a powerful political, social and cultural movement.

High over the vast territory of the Soviet Union a U2 spy plane piloted by Gary Powers is shot down triggering a rapid rise in the temperature of the Cold War.

In November John Fitzgerald Kennedy becomes the 35th President of The United States seeming to symbolise a new era of optimism – Camelot on the Potomac.

Meanwhile in a former aircraft hanger in San Marcos California, on 2 track machine, a 15 year old Mexican-American girl called Rosalie (Rosie) Hamlin lays down a song she had written a year earlier to celebrate her first love.

A song that John Lennon then an unreconstructed leather clad Rock ‘n’ Roller with a scarifying, scabrous, Scouse wit will remember, with love, to the end of his days.

That song, ‘Angel Baby’ features an ethereal vocal by Rosie that will never be forgotten by anyone who hears it. It’s the sound of a true, innocent heart filled, full to bursting, with delirious youthful passion.

It’s the sound of the children of Neverland wheeling in the heavens as they fly straight on to another rosy morning.

And, if in your venerable age and wisdom you shake your head at such simple feeling I’m here to tell you that you are too old brother, too old sister.

Every time I hear, ‘Angel Baby’ I’m teleported back to my 14 year old self when there were as many possibilities of love and longing for love as there were stars in the night sky.

Sing it Rosie, sing it for the 14 year still living somewhere inside us all.

I love the Sputnik guitar intro to Angel Baby. I love the sense that there is no artifice at all here – nothing getting in the way of a distillation of a pure oceanic feeling.

It doesn’t matter a hoot that the bass player, Tony Gomez, had to play an untutored plodding sax solo because the regular saxman Al Barrett had to stay home because his mother wouldn’t let him out until he’d mowed the lawn (!)

What matters is that Rosie with David Ponci, Noah Tafolla and Carl Von Goodat made a record that hummed and crackled with the music of the spheres.

At first Rosie couldn’t get anyone in the music business to be interested in her record. Then she had the bright idea of getting Kresge’s department store in San Diego to play the record in their listening booths (remember listening booths?) and lo and behold the kids of San Diego found that they knew exactly, exactly, what Rosie was singing about.

They began clamouring to buy Angel Baby so that they could call up it’s magic anytime they wanted. In the event, ‘Angel Baby’ was issued by Highland Records in November 1960 and went on to hit the top 5 in the Billboard charts.

In a tale too tawdry for the telling Rosie was denied composer credit and royalties for decades. She went on to record an early 60s LP for Brunswick Records before slipping out of the limelight into family life with only brief, subsequent forays into the nostalgia circuit.

Yet, every time she steps up to a microphone or is heard on the radio crooning, ‘Its just like heaven being here with you, You’re like an angel, too good to be true’ she conjures up a miracle.

In late 1973 John Lennon was in a bad way. It seemed everything was broken. He sought oblivion in drug and alcohol fuelled binges that became the stuff of legend. Groping towards a way out he decided to record an album of songs from his youth, songs that had been favourites of his before the fame and the madness took over.

Songs from the days when John Lennon was above all else a man who loved songs and singers. A man who longed to write, perform and record songs of his own which could be set alongside the original mother lode of Rock ‘n’ Roll classics.

It’s no surprise that the album features songs by Chuck Berry, Gene Vincent, Little Richardand Fats Domino – these were the songs the Hamburg Beatles had played and played untilthey were second nature.

Yet, Lennon the leather throated rocker always had a softer aspect reflected in his love for the stoic, broken hearted ballads of Arthur Alexander.

And, in his, ‘lost weekend’ amid the too many musicians, too many producers and engineers chaos of the, ‘Rock ‘n’ Roll’ sessions he reached back for an artless song that expressed something beyond the ability of words to fully express.

He reached back for, ‘Angel Baby’. And he sang it with all his heart.

Thanks to Rosie for the lightning strike that set a match to many a heart.

This post written on December 8 2015 – the 35th Anniversary of the death of John Lennon.